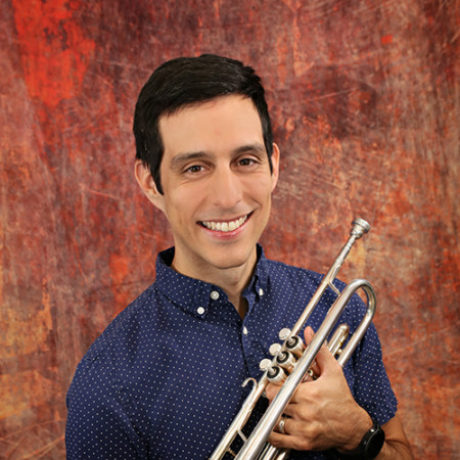 A resident of Albuquerque, Tim Mallette is a freelance trumpet player and teacher. Tim performs many styles of music, from classical solos and orchestral repertoire to jazz to mariachi. Prior to living in Albuquerque, he was a freelance performer and teacher in Los Angeles. Tim has earned degrees from the University of New Mexico (M.M. Performance, 2020), where he studied with John Marchiando, University of Central Arkansas (B.M. Performance, 2015), where he studied with Larry Jones, and Missouri University of Science and Technology (B.S. Aerospace Engineering, 2007). In Arkansas he held the position of Principal Trumpet in Conway Symphony Orchestra and performed regularly with Pinnacle Brass Quintet. He has had the privilege of studying with many of the world’s finest trumpet players and teachers, including Tim Morrison, Roy Poper, Arto Hoornweg, Caleb Hudson, and Ronald Romm. Tim enjoys running and hiking, especially in Albuquerque’s Sandia Mountains.